KaiOS Prospects in a Market Dominated by Android and iOS

Smartphone development in modern times has recorded great strides and milestones, anchored on more sophisticated capabilities of mobile operating systems. While we have a number of software platforms for mobile phones — including Android, iOS, ChromeOS, Fuchsia, LiteOS, Tizen, PureOS, etc. Android and iOS hold sway in the current OS ecosystem.

The introduction of relatively new platforms like KaiOS is bringing about new changes in the smartphone dynamics on the market as Google seeks to explore new avenues to gain new customers. 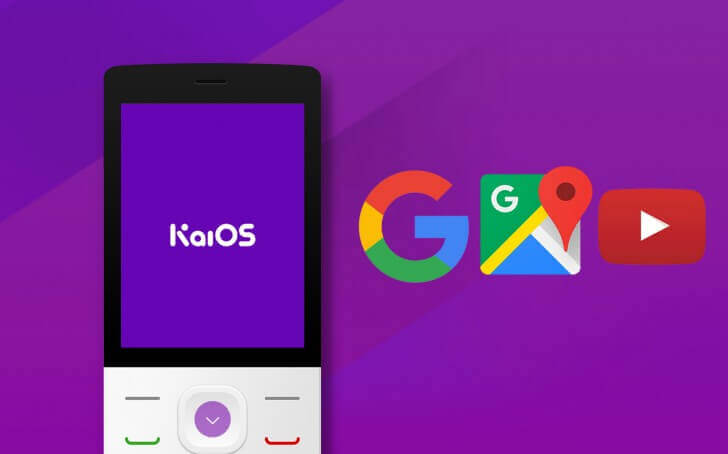 KaiOS is an eponymous operating system by KAiOSTech, which bridges the gap between feature phones and smartphones. It is designed for phones that have a physical keypad and more modest specifications than even Android Go mobile phones.

As sales of smartphones and the growth of online services have started stagnating all around the world, companies like Google are searching for the next chunk of phone users and are seeking ways to explore new avenues.

One of those involves reaching regions around the globe that are yet to have significant smartphone penetration, and KaiOS aims to help achieve that. The OS has already outpaced iOS in emerging nations, like India, and attracted funding of $22 million from the giant US tech company, Google.

In this post, we are discussing the features and capabilities of KaiOS, how it fares in comparison with Android and iOS, and the reasons so many corporations are rooting for it.

The operating system is actually the 2nd-most popular mobile phone platform in India, a feat that can be largely attributed to the success of the JioPhone family of devices. Also, the OS has since reached prepaid feature phones in North America, the Nokia 8110 4G, and recently, the Africa region through Orange and MTN devices.

KaiOS is a mobile OS, designed for feature phones and built on top of Boot to Gecko, which is Firefox OS community-driven successor. Owing to the fact that it is a web-based platform, it only requires little power to run and comes with a minimum memory requirement of 256MB.

KaiOS brings modern mobile apps like WhatsApp to persons that have never used a smartphone; for this reason, its interface is built for the “not-so-smart” phones that have physical keys as well as non-touch screens.

In order to ensure that data-oriented companies can benefit from this, the operating system provides various connectivity options, which include the likes of 4G/LTE, Dual-SIM compatibility, NFC for payments, in addition to Wi-Fi.

To see how a KaiOS phone fares in comparison (as regards communication via WhatsApp and other capabilities) with an Android smartphone, we will review MTN Smart S, which goes for about $17 and has just launched in Nigeria, South Africa, Rwanda, and many other countries on the African continent.

Even for a handset that runs KaiOS, the specs of the MTN Smart Score are not quite impressive when viewed on paper. There is a dual-core 1.3 gigahertz UniSoc chipset (7731E) that offers 3G connectivity, a non-touch display of 2.4 inches, 512MB of expandable storage, and 256MB of RAM. Apparently, the phone is well below the 4G-enabled JioPhone in capabilities, which include 512MB of RAM and 4GB of internal storage (expandable).

The MTN Smart S also comes with many other notable specs, some of which are a 1.2MP camera on either side, dual SIM slots, a 2,000mAh battery. Others are Wi-Fi, Wi-Fi hotspot/tethering option, GPS, and Bluetooth. These specs are not bad, considering the handset’s price.

How to Get Started with KaiOS

It is quite easy to set up KaiOS. Start by selecting your preferred system language, keyboard language, and then registering for a KaiOS account if you would like such service (for phone tracking).

Though you may find it slightly weird not having to log in using your Google account after all this while, it is hoped that the company enables you to save your phone data to the cloud so that it will be easier to set up in the future.

Still, about your Google account, KaiOS lets you import your contacts from your Google account through your Contacts application. KaiOS equally provides you with a notification area (which is called “notices” and can be accessed via your home screen), serving as a hub for text messages, app notifications, missed calls, and others.

The app store of KaiOS has several titles, and you might be familiar with a number of them. But these apps do not offer the same set of functionality you have on your smartphone; only the basics are covered. For example, you will not be able to live-stream from the Twitter or Facebook app.

As of now, KaiOS offers the following apps:

The app store hosts a few other generic apps, designed by KaiOS itself. You also have an app to check the weather (KaiWeather), QR Reader to scan codes and other apps.

Some Nifty Features of the Phone

While the MTN Smart S is not actually a smartphone, the fact that all these smartphone-style features mentioned above are offered in what is essentially a ~$17 feature phone, is actually amazing. However, there are still many other goodies offered by KaiOS.

The biggest reason to buy the device other than the price tag is probably the fact that it comes with WhatsApp, Google Assistant, YouTube, and Google Maps.

WhatsApp, especially, is a huge feature on this platform, which could mean that KaiOS is offering us the cheapest way to bring the popular messaging app to Africa and other emerging markets.

Apart from this, starting with YouTube, Google’s trio of apps are equally quite astounding. It (YouTube) is more or less a web app, providing you with access to your home menu, playlists, subscriptions as well as account info.

While there are many omissions, like the ability to download videos, a dark mode, and the option to adjust quality (which is understandable due to the tiny display), you will find the music playlists enjoyable for the most part.

Another feature worthy of note here is Maps; while it is not in any way complex like the Android version, the core functionality is offered. It lets you search (or voice search) for a destination, browse through pre-defined sections (such as restaurants, fuel stations, and so on), and view the map.

There are some omissions again with Assistant, which include the lack of primary 3rd-party integration (no WhatsApp integration is present), and the lack of an option to toggle system settings.

Anyway, the app does a nice job of identifying commands and work fast enough through the 3G connection of the phone as it does on Wi-Fi. It is much better to use Assistant on the phone, instead of launching the browser and typing in a search; using your voice is a lot easier.

There are a handful of other nifty features, not expected in a phone running on the KaiOS platform, like OTA updates, Do Not Track functionality, USB storage functionality, the option to clear memory from your power menu as well as Find My Device capabilities. When pieced together, it becomes evident KaiOS does have some major potential.

MTN promises a battery life of between 2–5 days, though you will have to turn off connectivity and reduce the brightness to get anywhere close to that figure. For everyday usage (WhatsApp, YouTube, and music), you could get roughly 1 day & half of battery life. These features and capabilities are not that bad, given the price tag.

Who Is the MTN Smart S for?

Considering the significantly reduced specs of the phone, it is definitely one of the more frustrating handsets you might have ever used (smartphone or otherwise). You will find the typing experience excruciatingly slow, WhatsApp not showing some messages, and frequent alerts about RAM or storage. Even feature phones will seem like a faster and better option. In spite of all these, it is a perfect phone for feature phone-toting consumers in emerging markets, who would want a $17 phone with WhatsApp and other smart options.

The reason KaiOS got popular among tech companies is that the platform offers HTML5 app store. With that capability, developers could easily design robust web apps for KaiOS. Today, most other feature phones run proprietary Java-based software; and for this reason, they demand more resources for developing dedicated applications.

Apart from this, KaiOS has an open environment, which makes it available all around the world for many brands, including Nokia, Alcatel, Reliance, and others. Thus, companies are able to simply develop 1 app and upload it to the KaiOS app store to ensure widespread distribution in emerging markets.

Tijani Mustapha
Tijani Mustapha Adedeji is a Senior Tech Writer on Techblet. He has a strong flair for gadgets and tech-related developments around the globe. Deji, based in Lagos, Nigeria, is an avid reader, who loves meeting people.

MediaTek Dimensity 9200 – All You Need to Know

Kodi vs Plex: Which is the best for streaming?

Types of Notch Display on Smartphone: Punch-Hole Vs Water-Drop which is the best?

How to activate eSim in Nigeria (MTN, Airtel, 9Mobile)