Itel A16 Full Specs and Price 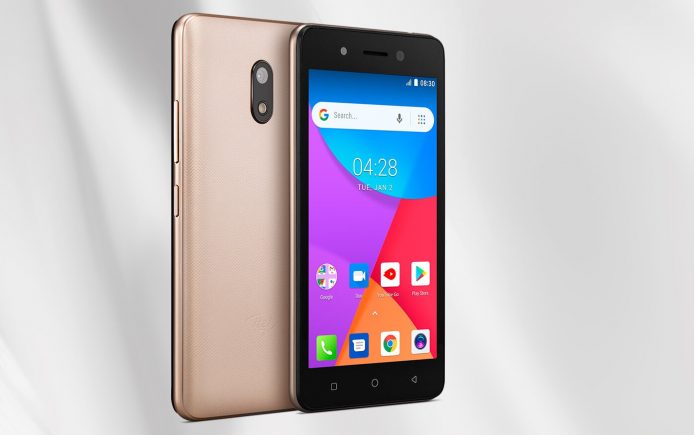 Itel A16 is an entry-level smartphone with a very cheap price. The new smartphone from itel is a successor to the previous itel A14. Surprisingly, the new itel A16 takes a lot from its predecessor.

Itel A16 sports a 5.0-inch display, a Mediatek MT6580 SoC, 512MB of RAM and an 8GB of internal storage. It also has a single camera at the back and one camera at the front. A 2,050mAh powers the device with no form of fast charging.

Itel A16 Design And Display

Itel A16 exterior is made of plastic which is expected given its price. It also has a single rear camera and an LED flash. Unfortunately, there is no fingerprint sensor here. Turning over to the front of the device reveals the 5.0-inch IPS LCD display which uses the dated 16:9 aspect ratio.

This leaves more than enough room at the top for the front-facing camera and another LED flash. At the bottom are the three standard Android buttons. The device comes in just two colours; Gold and Black.

Itel A16 has just two cameras which are distributed evenly. The one at the back is a 5MP shooter which is accompanied by an LED flash for low light photos. Features of the rear camera include autofocus, panorama and faceID, which is also the only form of biometric unlock on this device.

At the front is the single 2MP shooter, also equipped with an LED flash and can only shoot 360p videos at 30fps.

We have the Mediatek MT6580 SoC on the itel A16 which comes with a Quad-core processor clocked at 1.3GHz alongside a Mali-400 GPU for games. This is hooked up to 512MB of RAM which runs the android 8.1 Oreo Go Editon. As for your files, there is 8GB of internal storage which can be expanded further, up to 32GB via a microSD card.

It has a 2,050mAh with no fast charging. Also, there is no 4G LTE as well as a fingerprint sensor. However, it does have things like WiFi, WiFi hotspot, Bluetooth, GPS, a 3.5mm jack and a microUSB port for charging and file transfer.

Itel A16 Price and Availability

Itel A16 goes for N15,000  in Nigeria and is already available for sale on various online and offline stores.

Obodo David
Obodo David is a senior writer at https://phonecorridor.com/. He likes all things tech but has a keen interest in the mobile segment of things. If he isn't following up on the latest smartphone trends, he is most likely playing mobile games or catching up with his favorite Tv shows.Mobile Gamer || TechLover || Android Soldier || Phone Geek || Future PC Gamer